Stonehenge is one of the most fascinating and mysterious places in the UK. This is an often talked about place with many different theories surrounding it. Some of the places linked to it are older, some even 6000 years older! Still to this day, no one seems to be sure as to why this place has been built, or, why these gigantic stones have been moved hundreds of kilometers from their original locations. One of the more recent theories is that the Stones may have been a “healing place”.

-The British poet Layamon, inspired by the folkloric accounts of 12th-century cleric Geoffrey of Monmouth, wrote in A.D. 1215
I found Stonehenge to be a more impressive place than I had in mind. I had seen pictures and heard many people call them a simple “pile of stones”, but it is not quite that elementary. Just having placed these 30 tonne stones the way they are, at that time, an estimated 5000 years ago, seems impressive enough.

It is known however that these strange unknown people, did not simply put up these stones. They have been moved from hundreds of kilometers away, a whole country in fact! 5000 years ago, a group of people decided to take monumental stones from Wales, to where they stand today, in England, a huge 150 miles, 280km.

-This picture from Mail Online

At some point in this journey, these stones where also carved in some way and after all that, installed in specific locations as to allow the stones to fantastically outline summer and winter solstices.

This also brings up many questions as to what knowledge these early brits had, about the sun, the stars and the sky! Not only did they have the capabilities of moving these giant stones, and make some kind of monument with them, but the had enough knowledge about the sun and the seasons to recognize the shortest and longest days of the year and build the monument around those.

This is considered to be one of the ways these giant stones may have been carried around. These big wooden sleds are imagined to have been pushed and pulled by what was probably a very big group of people.

You may notice a big piece sticking out of the top of this stone. Along with grooves, these were used to keep the giant stones in place. You may notice more here. 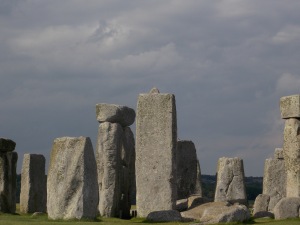 The people that had built this magnificent structure, are thought to have lived in something like this: 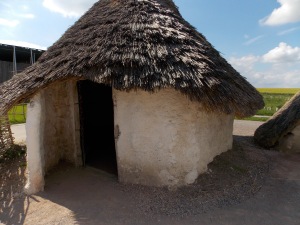 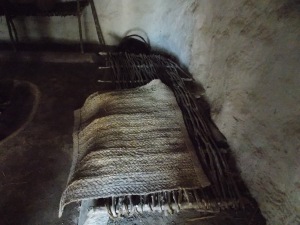 Stonehenge wasnt the first monument built in this area either. 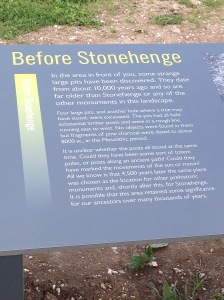 There are records of monuments in different forms here even earlier than Stonehenge. For hundreds of years, people have been buried here. All of this only gives more reason to wonder, what about this area was so special to the people who lived here? In September of 2014 there were new discoveries at Stonehenge indicating that there were more monuments in the surrounding areas. Some of these are also astrologically aligned, and some even bigger than Stonehenge.

Its amazing that a monument so old, and so well known, can still today be such a mystery. Maybe it is better it stays that way?

3 thoughts on “Stonehenge and its many mysteries”

What is your story? What should I do next? Any thoughts? Let me know here: Cancel reply